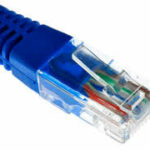 An Introduction to Ethernet Cabling :-

In the OSI model, Ethernet technology operates at the physical and data link layers – Layers One and Two respectively.

802.3 is the IEEE standard for Ethernet, and both terms are commonly used interchangeably. The terms Ethernet and 802.3 both refer to a family of standards that together define the physical and data link layers of the definitive LAN technology. 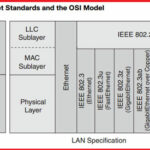 Ethernet separates the functions of the data link layer into two distinct sublayers:-

You need to really understand the following Three types of cables:-

The straight-through cable is used to connect the following devices:-

The crossover cable can be used to connect the following devices:-

Although rolled cable isn’t used to connect any Ethernet connections together, you can use  a rolled Ethernet cable to connect a host EIA-TIA 232 interface to a router console serial  communication (COM) port.

This post is going to be more theoretical. actually my main intention to write this article was to introduce Ethernet cabling concept to my readers. 🙂

An Introduction to Network Firewalls Technologies