Hacking is not an art than can be mastered overnight, it requires dedication and off-course time. Have you ever thing why Hacking is possible because of “unaware developers and inappropriate programming techniques” . As a Ethical hacker i personally realize that You can never stop hackers to hack something, you can just make his task harder by putting some extra security. if you are really interested in Hacking, You need to be know Which Operating systems are used Hackers.

Today i am going to show you best operating system used for hacking by hackers. 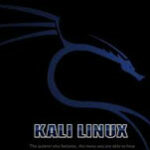 Kali Linux is an advanced penetration testing tool that should be a part of every security professional’s toolbox. Penetration testing involves using a variety of tools and techniques to test the limits of security policies and procedures. What Kali has done is collect just about everything you’ll need in a single CD. It includes more than 300 different tools, all of which are open source and available on GitHub.

The evolution of BackTrack spans many years of development, penetration tests, and unprecedented help from the security community. BackTrack originally started with earlier versions of live Linux distributions called Whoppix, IWHAX, and Auditor. When BackTrack was developed, it was designed to be an all in one live cd used on security audits and was specifically crafted to not leave any remnants of itself on the laptop. It has since expanded to being the most widely adopted penetration testing framework in existence and is used by the security community all over the world. 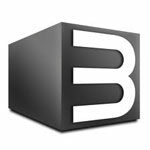 BackBox is a Linux distribution based on Ubuntu. It has been developed to perform penetration tests and security assessments. Designed to be fast, easy to use and provide a minimal yet complete desktop environment, thanks to its own software repositories, always being updated to the latest stable version of the most used and best known ethical hacking tools.

The Samurai Web Testing Framework is a live linux environment that has been pre-configured to function as a web pen-testing environment. The CD contains the best of the open source and free tools that focus on testing and attacking websites. In developing this environment, we have based our tool selection on the tools we use in our security practice. We have included the tools used in all four steps of a web pen-test. 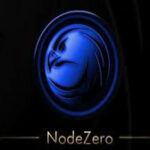 Penetration testing and security auditing requires specialist tools.The natural path leads us to collecting them all in one handy place. However how that collection is implemented can be critical to how you deploy effective and robust testing.
All though NodeZero Linux can be used as a “Live System” for occasional testing, its real strength comes from the understanding that a tester requires a strong and efficient system. This is achieved in our belief by working at a distribution that is a permanent installation, that benefits from a strong selection of tools, integrated with a stable linux environment.

STD is a Linux-based Security Tool. Actually, it is a collection of hundreds if not thousands of open source security tools. It’s a Live Linux Distro, which means it runs from a bootable CD in memory without changing the native operating system of the host computer. Its sole purpose in life is to put as many security tools at your disposal with as slick an interface as it can. 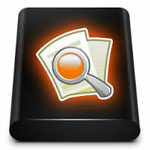 CAINE (Computer Aided INvestigative Environment) is an Italian GNU/Linux live distribution created as a project of Digital Forensics
CAINE offers a complete forensic environment that is organized to integrate existing software tools as software modules and to provide a friendly graphical interface.

Use Firefox Browser as a Penetration Testing Tool

Create Your Own Penetration Testing Lab with DVWA

How to add a Backtrack or Kali Tools in Ubuntu