What is hacking? That’s a very important question if you do anything online.

These days, you almost can’t function without an internet connection. As important as the internet is, there is more risk of being online than ever.

Read on to discover what hacking is, how it impacts your life, and what you can do about it.

Hacking is a term that is used to describe breaking into computers, servers, and devices connected to the internet. The people who break into these systems and devices are called hackers. 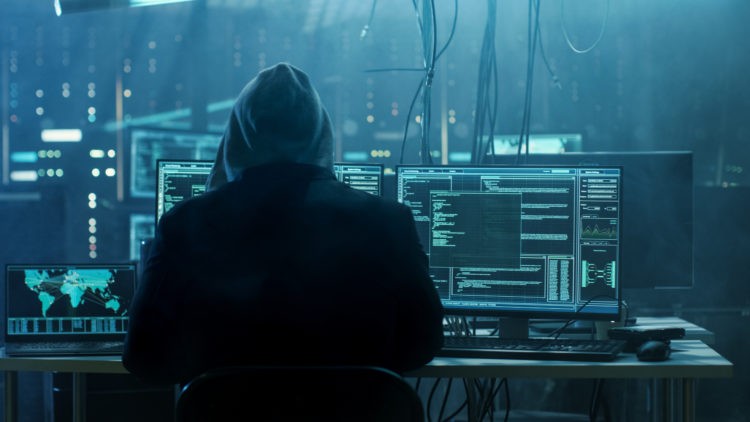 You have probably seen hackers at work in the movies. In the early 80s, Matthew Broderick played a teenager who hacked into the Defense Department’s supercomputer War Operation Plan Response (WOPR) and almost started World War III.

In the 90s, a cyberpunk movie Hackers became a cult classic. While these movies inspired a generation of hackers, it’s nothing compared to the real threats that businesses and individuals face every day.

Why Is Hacking Popular?

As you can see, hacking isn’t new. People have been doing it for years. At first, it was usually hobbyists trying to see what was possible with the new technologies of the internet.

Companies, academic institutions, and government institutions were online in the early-mid 90s. Hackers would try to hack into their systems as a form of corporate espionage.

It wasn’t until the mid-late 90s when the internet started to become commercialized. As more of our personal lives went online, hackers saw nothing but dollar signs.

Your information is being stolen and sold online. That information is used to steal money, make fraudulent charges in your name, and steal your identity.

Another reason why hacking is rising is that a hacker can hold a computer hostage for money through ransomware.

If hackers know that money can be made, they will attempt to make it happen.

The Cybersecurity Threats of Hacking

Hacking has caused a stir over the last 5 years. It’s increased so much that it’s become a top concern for businesses and governments across the country.

Hacking is a major threat to businesses. Businesses often can’t survive such an attack, with about 60% of businesses forced to shut down after an attack.

Government organizations have been held up by ransomware. This is a type of malware that a hacker sends to an organization, and if it’s activated, all systems come to a stop unless a ransom is paid.

The City of New Orleans had to declare a state of emergency because it was hit with a ransomware attack. This type of attack is becoming an epidemic.

One growing threat is starting to hit closer to home—actually, in your home. There are more devices on the market called the Internet of Things (IoT).

These are everyday appliances and devices that connect to the internet. Smart TVs, home devices, coffee makers, security cameras, and voice assistants are examples of these devices.

Basically, if you have a device that’s connected to the internet, it’s a potential target for hackers.

The Types of Hacking

Now that you know what a hacker is, it’s easy to think that they’re all thieves or bad actors. That’s not true. There are several types of hackers, and some of them do good in the world.

These are the hackers described in the examples above. They’re usually motivated by money or to boost their ego. Hackers usually belong to a community, and like tribes, there’s a hierarchy.

The more impressive the hack, the higher up you’ll go in the community. It’s about ego and reputation for these hackers.

These hackers work to make the internet more secure. How can a hacker improve security?

These folks are also called ethical hackers. They work for companies to try to hack their systems. By hacking into systems without the intention to steal data or cause harm, they can spot vulnerabilities in systems.

IT departments can then work to patch up the vulnerabilities and improve security.

Not all hackers are malicious and not all are do-gooders, either. There are hackers that fall somewhere in the middle. They’ll try to break into systems, and if they’re successful, they’ll inform the owner of the vulnerability.

Along with that knowledge and the offer to fix it, they’ll ask for a fee. If the owner refuses or ignores the request, then the hacker will post the vulnerability online for anyone to exploit.

How to Protect Yourself Online

Whether you’re a business or an individual, how can you protect yourself online? It’s more challenging than ever since hackers are more sophisticated than ever.

There are some basic things that you can do to protect yourself and your business from hackers.

One of the reasons why hackers were able to access security cameras is because of weak passwords. You want to use strong passwords and change them often.

For a business, your systems have to be secure. Hiring a certified ethical hacker to spot the vulnerabilities in your systems can give you a chance to fix them before black hat hackers find them.

What is hacking? It’s simply the act of breaking into a device connected to the internet. There are a lot of reasons why hacking has exploded over the last few years.

There is a wide range of motives and types of hackers. There are ethical hackers who want to improve security. Unfortunately, there are a lot of hackers that want to cause trouble and commit fraud.

Hacking is a serious problem that you need to protect yourself from. Your best bet is to make sure your systems are secure and that you use strong passwords.

Do you want more IT tips? Head over to the home page for the latest tech articles.