Just like any other hardware component, buying a CPU for gaming should be based according to your needs. It has to give you the best performance for the price you can pay for. 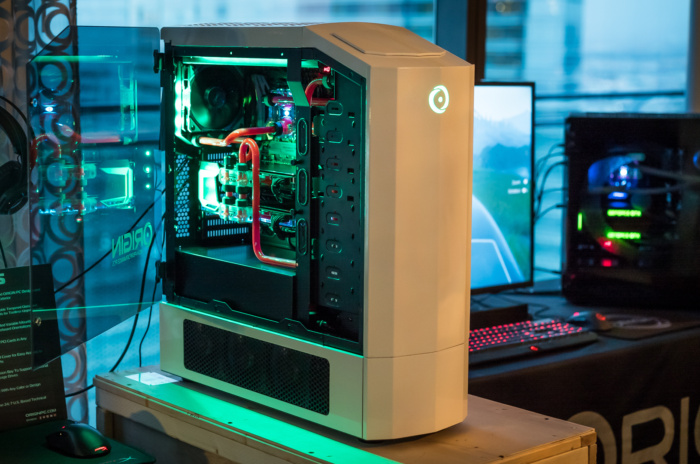 Sure, there are high-end CPUs for a premium gaming experience, but do you really need such an expensive CPU to play the games you want to play? Here are the main factors that really matter when buying a CPU.

Browsing through the list of options you can choose from is fun but can also be intimidating with all the jargon. But as long as you know your way in, there shouldn’t be a problem.

Here are the most common terms you’ll see thrown around and what they mean:

Processors have different socket types that are only compatible with specific motherboards. When choosing a processor for gaming, it’s vital that you check the socket type of the processor to make sure this matches with your motherboard. The spec sheet usually has this included so telling which is which shouldn’t give you a hard time.

Ideally, you’d want to choose your processor first then find a matching motherboard.

Processors are primarily composed of cores and threads, where cores are heads and threads are the capacities of tasks each core (head) could process at once. This means processors with more cores and more threads can handle multiple tasks more efficiently.

Also called clock rate or cycle speed, indicates the number of cycles a core executes every second. It is also measured in megahertz (MHz) or gigahertz (GHz). Needless to say, the higher the clock speed, the more processes or instructions the processor can execute every second.

Choosing the right chipset that’s compatible with the processor is a very important factor that must be considered. This determines whether or not critical features of the processor are unlocked or disabled.

Higher-end motherboards unlock more features that further a processor’s capabilities. Some of these features include more PCIe lanes, SATA ports, more USB 3.1 ports, and more. These also come at a higher price compared to motherboards with an average set of chipsets.

Things to Consider Before Buying a CPU

What type of a gamer are you?

This is the ultimate question that will determine which CPU is perfect for you. There are different types of gamers and corresponding CPUs that deliver the right performance for their needs. In fact, WePC stated that you should choose a gaming CPU depending on what you intend to use it for as there is no one-shoe-fits-all kind of CPU.

So, do you need more frames? Do you stream your games? Or are you one of the aspiring YouTube Let’s Play channels? Let’s look at the following categories below to help you make the right decision:

If you’re looking for a CPU for the sole purpose of gaming, you don’t need a high-end CPU to achieve a decent amount of frame rates. In fact, a dual-core processor is enough to run games smoothly.

But because games today are becoming more demanding, it’s highly recommended that you settle with a quad-core (4 cores) processor. Specifically, you’d want a 4 cores/4 threads processor with a base clock speed of at least 2.5 GHz if you’re on a budget.

If money is no object or you just want high frames, a 6 cores/12 threads processor with a base clock speed of at least 3.5 GHz is more than enough. There are processors that are more powerful than that but there’d be no sense buying more power when you can’t use all of it.

Streaming your games online is a common thing these days. If you’re leaned towards this purpose, you’re going to need a more powerful processor.

Since you’re going to open a handful of programs at once (i.e, live game streaming platform, the game you want to stream, social media, etc), you’re going to need a processor with more cores and threads.

There are processors that are even more powerful than these but they’re aimed towards professional tasks and content creation, which covers the last category.

Rendering edited videos are more taxing than processors for streaming and gaming combined. In fact, you’d want to get the highest number of cores and threads so you can render videos as timely as possible to keep the content going.

Ther are other factors besides core/thread count and the clock speeds, but ultimately, these are the two main factors that matter when buying the right CPU for gaming.

Do You Need a CPU You Can Overclock?

Overclocking an unlocked CPU gives you more performance for free… as long as it’s done right. This process is a little risky and complicated at the same time.

Overclocking these days is much easier with the help of readily available third-party software online. However, it still is considered a more advanced technique that requires understanding and accuracy when adjusting the voltage.

If you’re new to PC building, it’s best to stay at stock speeds unless you’re knowledgeable enough to do so. Plus, the tips and recommended processors above are more than enough to give gamers all the performance they need at stock speeds anyway.

So, Which is the Better CPU: AMD or Intel?

There’s no better processor during an everyday workload, especially if you compare the top-tier processors since the differences aren’t significant enough to have a clear winner.

Intel’s high-end processors are confirmed by benchmarks to have faster single-core and gaming performance than AMD’s Threadripper CPUs. But AMD CPUs have heavier multi-thread focus than Intel CPUs, so it really breaks down to what really matters to you as a consumer.