Taser and stun guns are the words used often interchangeably. But do we really know what they really mean? To begin with, there are many differences between Taser and stun guns, the major difference being the range. A Taser can be shot from a distance while a stun gun requires direct contact with the attacker. The Taser and the stun gun give a powerful shock to the attacker and are meant to give time to create some distance. 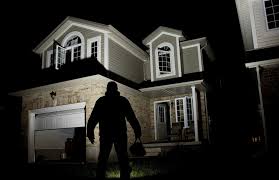 To know more about these concepts, let us get to the basics of the Taser and stun guns and also get to know about their history.  We spoke with The Home Security Superstore, and one thing is for sure that Taser and stun guns are not the same. A Taser guns helps you to shoot at your target within the range of 15 to 30 feet. And a stun gun has prongs that must make direct contact with your target.

Let us get to know more about the Taser Gun

A Taser is a shot from a distance. It is a kind of electroshock weapon. A Taser shoots probes connected to the wires. The probes are like spear shaped which penetrate clothing and also skin emitting an electrical current that affects up to a 2 inch area. The Taser was invented by Jack Cover who was an aerospace scientist affiliated with NASA’s Apollo moon landing. As a solution for emergencies, he came up with the idea in the 1960s like airplane hijackings.  Taser is actually an acronym for Thomas Swift Electric Rifle or T.S.E.R and is not a name.

Actually Tasers are not meant to kill people and they also do not emit a high voltage for lethal electrocution. But there are situations when the use of Taser can lead to death. Mostly it happens when someone has a heart condition. Even though this situation can be very rare.

Now let us learn about the Stun Guns

Unlike a Taser gun, the stun gun has two or more prongs attached to it to deliver the electric shock. When using a stun gun (like the one here), you should be in direct contact with the person as it does not shoot any type of probe. Two prongs will have an electricity arc so that you can physically see. The other prongs will have the same voltage as these prongs but it will not be visible. Using stun gun can be dangerous as the person who is trying to harm you may reach you before you make use of the weapon. But a stun gun is more convenient and comfortable to use and also more accessible than a Taser gun.

Should you buy a Taser or a stun gun?

Tasers are more effective and are also a safer option when it is compared to the stun gun. However, Tasers and stun guns are not your only options. There are other tools available in the market which seems to be much better than these.