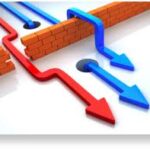 What is Penetration Test ?

Penetration tests are a great way to identify vulnerabilities that exists in a system or network that has an existing security measures in place. A Penetration test usually involves the use of attacking methods conducted by trusted individuals that are similarly used by hostile intruders or hackers.

Today i am going to show you Top Ten Linux Penetration Testing Distributions ?

From the creators of BackTrack comes Kali Linux, the most advanced and versatile penetration testing distribution ever created. BackTrack has grown far beyond its humble roots as a live CD and has now become a full-fledged operating system. With all this buzz, you might be asking yourself.

KNOPPIX is a bootable Live system on CD or DVD, consisting of a representative collection of GNU/Linux software, automatic hardware detection, and support for many graphics cards, sound cards, SCSI and USB devices and other peripherals. KNOPPIX can be used as a productive Linux system for the desktop, educational CD, rescue system, or adapted and used as a platform for commercial software product demos. It is not necessary to install anything on a hard disk. Due to on-the-fly decompression, the CD can have up to 2 GB of executable software installed on it (over 8GB on the DVD “Maxi” edition). 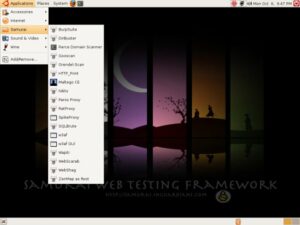 The Samurai Web Testing Framework is a live linux environment that has been pre-configured to function as a web pen-testing environment. The CD contains the best of the open source and free tools that focus on testing and attacking websites. 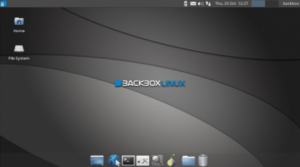 Pro-actively protect your IT infrastructure with BackBox. It is the perfect security solution; providing pen-testing, incident response, computer forensics, and intelligence gathering tools. The most current release of BackBox Linux includes the latest software solutions for vulnerability analysis/assessment and pen-testing. It is one of the lightest/fastest Linux distros available on the Internet.

The Matriux is a phenomenon that was waiting to happen. It is a fully featured security distribution based on Debian consisting of a powerful bunch of more than 300 open source and free tools that can be used for various purposes including, but not limited to, penetration testing, ethical hacking, system and network administration, cyber forensics investigations, security testing, vulnerability analysis, and much more. It is a distribution designed for security enthusiasts and professionals, although it can be used normally as your default desktop system.

With Matriux, you can turn any system into a powerful penetration testing toolkit, without having to install any software into your hardisk. Matriux is designed to run from a Live environment like a CD / DVD or USB stick or it can easily be installed to your hard disk in a few steps. Matriux also includes a set of computer forensics and data recovery tools that can be used for forensic analysis and investigations and data retrieval