Many people, knowledgeable or not about Bitcoin, wonder about what an “Altcoin” is, since it is a term that they had not read or heard of and recently discovered. If you are one of them, then you will understand what it refers to.

Knowing the meaning of the word “Altcoin” 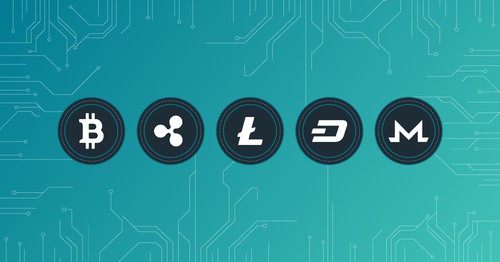 It is the combination of the English words “alternatives” and “coins”, that is, they are alternative to the main currencies (Bitcoin), which are created for different purposes and can have different ways of working despite being in the same ecosystem.

BTC is not the only cryptocurrency following this trend, as the altcoin market also experienced significant price increases during this period.

With the start of the fourth quarter of 2018 in less than a month, this scenario appears to be heading for another price spike this year. Therefore, prices can close the year above current levels based on past trends, which could make a big profit in the altcoin market.

Because the BTC code is completely public and open, which person has access to it to understand its operation? This led to the creation of currencies that may or may not use said code as a “base”, making modifications to it to implement improvements or new functions that are related to the project to be developed. For example, some characteristics that can be modified are the following:

The number of existing cryptocurrencies (In BTC they are 21 million).

The proof of work algorithm, that is, the one with which mining is carried out. While Bitcoin uses SHA-256, an altcoin like Litecoin uses the Scrypt algorithm. Said algorithm change also offers the ability to use different mining equipment, including the CPU, GPU and ASIC.

There are a large number of altcoins on the market, which have been appearing over the years. Among the former it is possible to find Litecoin, Darkcoin, Dogecoin, Primecoin and many others.

Just as many have appeared, many others have disappeared, having created thousands of cryptocurrencies over the years. However, currently there are known about 1,300 coins, of which only about 100-200 are popular in the main exchangers, since they account for 90% of the cryptocurrency market.

A relevant fact is that only Bitcoin represents 60% of the current market (363 billion dollars), so the other 40% is covered by alternative currencies, that is, altcoins.

Bitcoin is not a perfect currency, so other projects need to have the opportunity to present their functionality, features and innovations. In this way, altcoins allow to innovate and even consider adding their functions to the BTC code.https://market-master.app  is one of the good site app for purchase and sells of bitcoins.

The vast majority of alternative cryptocurrencies have some specific functionality or objective, so they usually have many utilities to facilitate some work.

The vast majority of currencies, following in the footsteps of Bitcoin, aim to implement “decentralization” in any area or sector, such as cloud storage, search engines, among others.

The only disadvantage that can be detailed of these coins is the possibility that their creators have to scam the community, offering a project and then leaving it. In addition to its high volatility, since having such a small market, speculating to inflate its value is very easy; therefore, care should be taken with new and small capitalizations in the market.

What are the most popular altcoins?

To find out which ones are the most popular, just review the market to see the first 100 cryptocurrencies with the largest capitalization. However, we want to show you some of the most famous and their main characteristics.