Top 5 Must Have Android Apps

Android leads the global market with an 81.7 percent market share which is due to its simplicity and open-source platform provided by Google. in the previous article, I wrote about TOP 3 Android Apps NOT available in Play Store, after that our some readers asked about the write about Top Android Apps. So Here it is:-

Top 5 Must Have Android Apps

One of the most popular video-on-demand services (in India) is Hotstar. It is available for free download on Android, iOS and Windows platforms. With Hotstar app, users can stream live shows, live sports, watch movies and do a lot more. 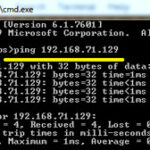 Hotstar is so popular because it is a light app that works smoothly and without any issue. There are no viruses and it does not even require a super-fast internet connection in order to run. Users can stream all the trending shows and movies (local and international, both) using this app. Also, cricket and football fans should rejoice because they can also stream live football matches (Barclays Premier League, Ligue 1 and a lot more) along with all the popular cricket matches using the Hotstar app. Download Hotstar APK online for free today.

UC Browser is one of the best web browsers for Android smartphones and tablets. It is available for free download on iOS, Android, Java and Windows OS. It is way better than all the other web browsers for Android (Chrome, Firefox and Opera) because – it is light, it is fast and is laden with thousands of great features. It gets downloaded (and installed) very easily. All the Android devices can easily run UC Browser. UC Browser is free from viruses and it also does not consume much battery (like Chrome). There is also a data-saver included in this app so that very less of your internet gets used up while you browse the internet with this app. You can also download videos, ringtones and a lot more with UC Browser. Download UC Browser APK from 9Apps

MX Player is probably one of the best video player apps for Android and a best alternative of Vidmate . It was launched a few years back and at the time of its release, it was regarded as a very advanced app. Today, MX Player’s legacy continues and the video player app is still one of the most advanced video player apps for Android. It comes loaded with both, hardware backed playback as well as software backed playback. Because of this, MX Player can run all the videos that are made to run with (on) it. Even if your device does not support a specific type of video file, MX Player can make it run (a lot of times). Thus, download MX Player APK for Android today.

SHAREit is probably the best file sharing app on Android. It is a revolutionary app that makes best use of the Wi-Fi Direct feature on all the Android devices. Before SHAREit was released, people had to rely on Bluetooth to share files. No doubt Bluetooth is a good way of sharing files between devices, but it is slow, unsafe and consumes a lot of battery. To counter this problem, SHAREit was released. With SHAREit, people can transfer/share large files (photos, videos and many other files) in no time and it is also a lot more secure than Bluetooth. Thus, download SHAREit APK for Android today!