Robotic Process Automation is one of the most disruptive technologies of this decade. This new kind of automation is being adopted by most MNCs and has become a playground for several startups because of the number of applications it brings in tow. Additionally, the advantages of RPA make it far superior to traditional approaches.

But, should you invest in up-skilling to RPA?

In this article, we’ll be discussing five major reasons RPA should be your next step towards career progression.

Software migrations of any kind are a hectic process. Not only are they time consuming, they can cost companies or individuals hundreds of millions of dollars. Another issue with migrating your systems to a new platform is that many a times, certain functionalities or features that were present in the application may not even work. 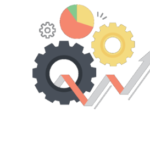 #2 Ease of Scaling and Implementation

RPA is one of a handful of technologies that can be upscaled as per your requirement. Using addon software like the Citrix Orchestrator, software bots can be replicated or scaled depending upon the task at hand. This makes scaling of projects faster and more reliable.

When it comes to implementation, RPA software offer a host of auditing and debugging tools. This makes development, testing, and deployment of workflows quicker and smoother.

In every organization, there is a level of security hierarchy. Certain employees have more security clearance to access important data than others. But, even so, there might be instances where this data could lead to serious issues in the wrong hands.

RPA software bots are completely in control of the organization. Therefore, issues of security breaches or illegal use of data are completely eradicated. All the data above an employee’s security clearance can be encrypted making accessing it next to impossible.

Unlike a human employee, RPA bots have no downtime. They can run 27×7 for all 365 days in a year without breaking a sweat. Additionally, the fact that programming a bot is economically more efficient than hiring a workforce of tens of employees, makes using RPA bots even more logical.

Another huge advantage of an automated robotic workforce is its speed, accuracy and reliability. Software bots do not make human errors, and in many instances, are much faster than humans.

Companies across the globe have already switched to RPA-powered workforces. Some examples of leading giants working in RPA are Accenture, IBM, Deloitte, Capgemini etc. According to Indeed.com, RPA developers can earn somewhere around USD 110,000 per year.

Another report by Edureka states that RPA trends are at an all-time high and will continue to rise for the next few years. RPA is one of the few technologies in the market that will still be trending in the industry for the next decade or so.

These were just a few of the top reasons why RPA should be on your to-do list in terms of career growth. If you are an individual who would like to progress into a career with a bright future, why not start today and master RPA today?