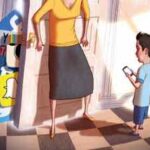 The only feasible way to safeguard teens and tweens from the menaces of social media is to supervise the mobile phone use of kids. Fortunately, there is a cell phone spy application named TheOneSpy which allows parents to track the popular social media and instant messaging apps including Facebook, Instagram, SnapChat and others. Read on to know how this application enables parents to monitor social media apps to avert the dangers associated with these socializing platforms.

The cell phone tracking and social media spy app initiates working after getting installed on the targeted Android phone. It accesses the data stored on that phone and creates a copy of that data accessible through the online spy app account. Parents can log into the confidential spy app account providing the secret credentials and monitor the social media messages of their children out there.

The popularity of Facebook is not behind the scenes. The social media platform is gaining more and more users with every passing day. This immense popularity of the social network has also attracted the bullies, predators and criminals to find out and access their target. The website helps the scoundrels in getting information about their targets such as their likings, disliking, habits, daily routine, location and even contact details. The social media spy app allows parents to track the Facebook app and Facebook messenger of their kids to keep tabs on their online conversations. By logging into the online spy app control panel, you can read the messages received and transmitted via Facebook Messenger; see the profiles of the message senders and receivers; track the photos, videos, audios and other media files exchanged via social apps.

The Instagram spy app enables parents to keep their kids from exposing to adult-oriented stuff. You can track direct messages sent and received via the Instagram app and monitor the Instagram posts of your children. The screen recording feature of the cell phone tracking app lets you record every single activity performed on the photo-sharing app.

Facebook-owned WhatsApp is the widely used instant messenger letting users exchange text, photos, videos, audios, stickers and emoticons. The social media spy app allows parents to track the messages and calls made via WhatsApp messenger. You can read the content of the WhatsApp messages received and made by your kids and see the calls logs of WhatsApp.

Viber offers numerous fun ways to teens letting them exchange messages, media files, audio and video calls, and conference calls. The Viber spy app allows parents to keep tabs on the activities of their kids performed via instant messenger. It lets you read the Viber messages remotely and tracks Viber call logs to give you the detail of the calls made and received via messenger.

Tinder is a popular dating app helping users to find out romantic partners. However, the app is mostly being used for one-night stands by sex offenders. Parents can monitor Tinder app of their children to make sure they are communicating with a sex offender or child predator. The messages exchanged via Tinder can remotely be monitored through the online spy app account.

Kik is considered the most dangerous instant messenger putting several lives at risk. The app is in use of predators, sex offenders and pedophiles that target kids between the age of 13 and 17. The Kik spy app enables parents to safeguard their kids from the threats attached to the use of the instant messenger. You can track the messages exchanged via this messenger to make sure your kids are playing safe.

That’s not all. TheOneSpy social media monitoring app allows parents to spy on Skype, IMO, Telegram, Hike, Zalo and Yahoo Messenger among others. You can visit this website to know more about the cell phone spy app.