Many companies today rely on apps to extend additional services to their customers. Some modern companies are even completely reliant on apps to carry out their day-to-day operations such as rideshare services.

However, not every app enjoys the same level of success. Certain apps take the world by storm and seem to exist on every smartphone user’s phone. On the other hand, some apps languish in relative obscurity. So, what makes a successful app stand out from its less-successful peers? 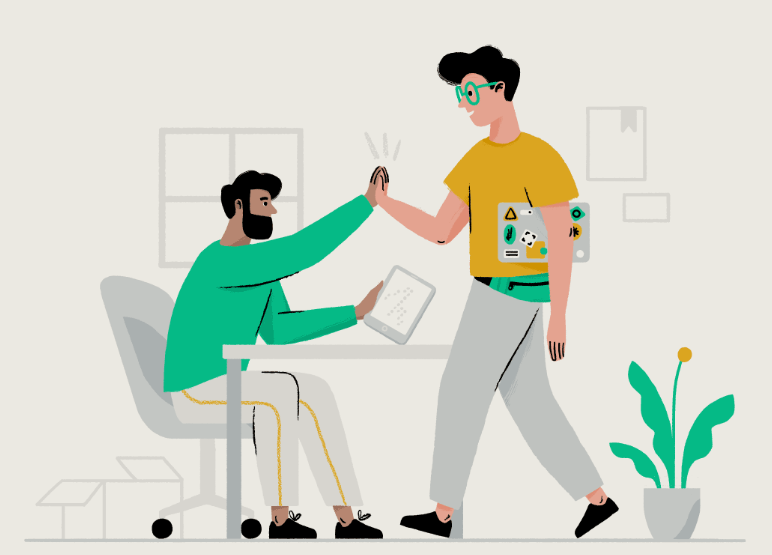 There are quite a few different elements that go into a successful mobile application. Among the most important, though, is the fundamental design of the app. This lays down the groundwork for the app and how users will interact with it. When developers take the right steps during the design process, they’re covering the basics for creating a successful app.

Why Mobile App Design Is the Key to Success?

The first step to building a well-designed and successful mobile app is making sure that the apps design company and the company offering the app clearly understands what consumers want out of it.

A large part of this comes down to the ability to anticipate user needs even when they aren’t offering direct input. While many developers do collaborate with shareholders in the app throughout the process but final decisions are ultimately up to the app’s parent company and the release team.

Aside from offering users subject matter that they’ll show interest in, developers also have a responsibility to make an app that users will find easy to use. On the most basic level, developers have to make sure that the app flows well. Developers shouldn’t allow for any room for users to get lost in the app or allow them to get confused about how the app operates.

Another important consideration is the loading and response times that an app has. According to Akamai research, for every second that an app’s response time is delayed, its conversion rate drops by about 7%.

The App Effectively Represents the Brand

Apps have plenty of purposes aside from simply serving customers. For one, they’re a business venture of their own. A successful app brings additional attention to its parent company and serves as both a product or service offered and a marketing tool.

Branding an app with too heavy of a hand can bring down the performance ratings as well. No one wants to deal with an app that serves as a pure advertisement over function. The branding needs clear representation without interfering in the use of the app.

One of the most important things for a company releasing an app to understand is that mobile app development isn’t a process completed once and then never again. No app that enjoys mainstream popularity released and then was never followed with new versions or updates.

For one, no app is released in its perfect form. Sometimes bugs slip through testing or technology later allows developers to address earlier shortcomings of the app. If they aren’t addressed, users are likely to lose interest in the app eventually.

For a company to consider anything successful, they have to make more money off of it than they put in. Apps are the same way – they’re dependent on the presence of a significant profit to gauge true success. The design decisions that a team makes during development are a large part of what affects the cost of the app to the company.

Mobile app design is the fundamental principle behind the success of an app. Depending on how developers use the funds at their disposal, the features they create, and the brand they build, they set the stage for the potential success that the app will reach.