Best thing about Android is that It is having the ability to customize it in own way. That’s why Number of Android user is greater than any other OS. Even I am also A big fan of it. You can do a lot of customization such as, Flashing Custom ROMS, Rooting, etc. Even you don’t need to wait for updates of Official Version of Android, you can get faster OTA update on it. by some tweaks. 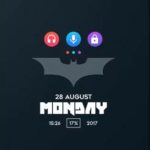 Nova Launcher got first Position in the list of Best Home Screen Launchers for Android. It is highly customizable Android Launcher comes with lot of customizing option such as  Import/Export Setting, Customizing Icons( Size, Color etc), Unread Counts, Hide Apps, Dark/Light Theme, and lot of other things. It is highly recommended Launcher if you love to customize things yourself. It is available for free and Paid. Free Version might have ad which can annoy you, so better to pay $4.99 and get Paid Version with Extra Features. If you want to try paid version for free then you can follow the link below:

If you wanna feel Android’s Oreo Version then Action Launcher is the Best Launcher for Android which brings Android Oreo as well Pixel Launcher to your Device. You will get all the features of Pixel Launcher in this Android Launcher. There are many cool Features such as Customizable Dock Box, App Shortcuts, Adaptive Icon Support, Google Now Integration, Quickbar, And more.

Action Launcher could be a best option for Android Oreo Lovers as well for Pixel Launcher Lover. Go ahead and try it out once. You may like it. 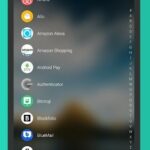 When It comes to A launcher with Better Performance and and Beautiful UI, Evie Launcher is also one of the best Android Launcher. Nowadays Days Evie is getting space in Android Users’s Devices. You can easily customize things in the way you want with its intuitive design and simple controls. This is best for Beginners. You can customize your home screen in Real time. Some best Features of this best launchers are, custom Shortcuts, Quick Navigations, Lock Home Screen icons, Adaptive Icon Support, App Drawer and Folder Grid Customization. Go for it if you want to learn customizing home screen or you are beginner.

So these are the Top 3 Best Home Screen Launchers for Android. All of them have unique features with lof of customizing ability. If you are new to home screen customization then you must go for Evie. Nova Prime Launcher can be little tricky but following tutorials on Youtube, You can do great Home Screen customization. Action Launcher is also good launcher. So All I would say, just go for each one by one and tell us which one you like most. We’ll be waiting for your comments.