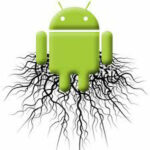 What is Advantage of Rooting Android Phone :-

Linux users are familiar with word root. In normal words root is an account who have full administrative privileges.

When you buy a new Android phone, you are just a guest user on the phone. You have rights to use android apps, but you will not be able to make any changes to the system files.

Today i am going to show you Advantage of Rooting android phone ?

When you root your android device you also get control over the hardware components, making overclocking and undervaluing possible.

An overclock is usually one of the first things users figure out after gaining root access on a new phone. You can install applications that can overclock and make your device super-fast. It’s very common to overclock a 1GHz CPU to 1.6GHz, of course with greater chances of instability.

Similar to overclocking CPU on a desktop computer, Android overclocking increases the maximum frequency (or speed) that your CPU can run, thereby increasing performance of your Android smartphone or tablet. 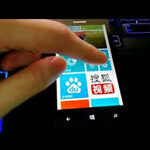 Custom ROMS change the whole User Interface of your Device so, you can choose from hundreds of custom ROMS whatever you like.

These custom ROMs bring many teaks and performance fixes and are much more user friendly when compared to the stock ones. They are optimized in performance and battery are updated more frequently than the stock ROMs.

Some of the custom ROMS focus on giving you extra functionality and some of the ROMS make your overall device experience very smooth and beautiful.

By just rooting android smartphone you can also increase up its power.You can use several battery saving applications on your smartphone which only works when you have a root access. There are many custom ROMS which you can install on your smartphone and they assure you getting increased battery life.

Preventing ads from loading can help defend against the growing “malvertising” trend, where an ad is used to load malicious code on to victim’s computers. There’s also privacy concerns, where ad networks can sometimes track your movements online.

Disabling ads will not increase your overall security but it will help you to block video ads on YouTube , Facebook ads , flashy banners , pop-us , Tracking and more.

Check my article :- How to Block Ads on Android Device .

There are several apps like Titanium which can automatically take backup of your phone apps, pics , video , important data etc. over a frequent interval of time.
It requires root because the folder in which apps are installed is only accessible with elevated privileges. It also comes in handy after installing custom ROMs to restore apps without downloading them yet again from the app store.

But Finally You are Voiding Phone’s Warranty. As soon as you root your phone, you void your phone’s warranty and if anything happens to your phone even when it’s in the warranty period, the company is going to charge you for the repairs.