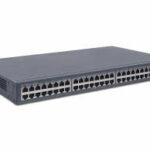 What is the difference between a Layer-3 switch and a Router :-

A Layer 3 switch works much like a router because it has the same IP routing table for lookups and it forms a broadcast domain. However, the “switch” part of “Layer 3 switch” is there because:- 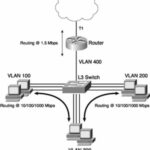 Layer 3 Switch is really like a High-Speed Router without the WAN connectivity. When it comes to Layer 3 Switching, there are two kinds: hardware and software. With a hardware-based solution, the device is using an ASIC (A Dedicated Chip) to perform the function. With the software implementation, the device is using a computer processor and software to perform the function. Generally, Layer 3 Switches and High-End Routers route packets using Hardware (Asics) and General-Purpose Routers Use Software to Perform Routing Functions.

In General, A Layer-3 Switch (Routing Switch) Is Primarily A Switch (A Layer-2 Device) That Has Been Enhanced Or Taught Some Routing (Layer 3) Capabilities. A Router Is A Layer-3 Device That Simply Do Routing Only. In The Case Of A Switching Router, It Is Primarily A Router That Uses Switching Technology (High-Speed Asics) For Speed And Performance (As Well As Also Supporting Layer-2 Bridging Functions).

Why we need a Layer 3 switch:-

Difference between a Layer-3 switch and a Router :-

Some key Points about Layer 3 Switch :-

This tutorial is dedicated to my friend Anuj Aryan who asked me to write about this topic.

Hope you like my post.What is the difference between a Layer-3 switch and a Router. Please Share with others.