Do you want to all over the world? In the old time there are lots of chat websites, but nowadays, we much like use the mobile phone! So there are lots game or app to chat with strangers online.

If we are talking about social media games that means you can Play Games and chat to the stranger and make friends online. , then, the best one that is currently trending among a lot of people like to use would be Hago. 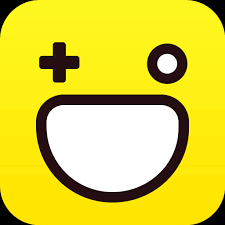 No one could deny that the popularity of this application is currently overwhelming and you would expect to meet a person playing it when you are walking around any public area.

The application of Hago has become a viral sensation and is currently sitting on the no.1 position of the Google Play’s list of most grossing applications and games and has relatively favorable reviews.

Well, you must be wondering about the reason why this application is so popular, do you not? Well, if you are, you can read this article to find out why the 5-million-downloaded app has become incredibly popular as it is!

Alright, if we are talking about the reasons why Hago is worth downloading, then, the first and the main reason would be the number of games available inside the application. Hago does not contain only one or two games since there are so many games you can find after you have finished downloading it.

Well, if you are asking for the exact numbers, no one would know for sure, but it is estimated that the app contains more than 20 games in total, and you can play all of them free of charge. Most of the games available offer variable playing durations, but most of them do not have a long duration of gameplay.

In fact, the games you can play on Hago are taking up to ten minutes most, with three to five minutes as the average playing duration. However, this short playing duration is not actually a downside but as an advantage instead since the games are heavily addictive!

The next reason why Hago is worth downloading is that the app gives you the options to play the games by yourself or together with other people who are also using Hago.

Sure, a social media game is a game played by other people in order to make you able to socialize with a better way. If you want to play with other people, then, you would not meet find any difficulties when playing a social game since it is designed for such a purpose.

However, some people might need quality time that they can spend by themselves and without any intervention from the other sides. Hago understands that and it provides an option for players if they wish to play alone, although not all the games available support the feature since some of them are still multiplayer-based only.

So, what is the other reason why downloading Hago is worth your time? Well, how about the fact that the games available are so fulfilling and they encompass most of the genres which are popular in the gaming market?

Well, it is true that the games you can play using Hago are relatively simple and not too lengthy, but they also encompass most of the gaming genres, like card games, match-3 games, or sports games.

However, there are still more genres of games available on the app. You can also find several old and retro-styled games that are definitely timeless and they are still entertaining to play, like Ludo and other else.

Besides, there are several kinds of games that are currently enjoying a mainstream reception and are well-received, such as Snakes and Ladders and the Werewolf card game.

Some social games are a bit confusing since they give no reliable way that the players can use to communicate with each other during in-game.

When you are playing a game against or with other players, you can expressively communicate with them by using the voice chat feature. Make sure to have the voice chat setting activated to use this feature.

However, if you think that communicating via a voice chat is unfavorable, then, you do not need to worry since the application also provides emoticons that you can send as a way to communicate too! Well, those are the reasons why Hago is a social media game worth downloading.