We’re living in a world where we heavily rely on technology, and with that, it continues to improve day-by-day. As demand increases, the production and development of better technologies become apparent. This only proves how remarkable these technological advancements are.

It’s also worth noting that as the population grows, the need for basic necessities, such as food, water, and space also grows. That’s not all, the environment we’re part of is also changing. 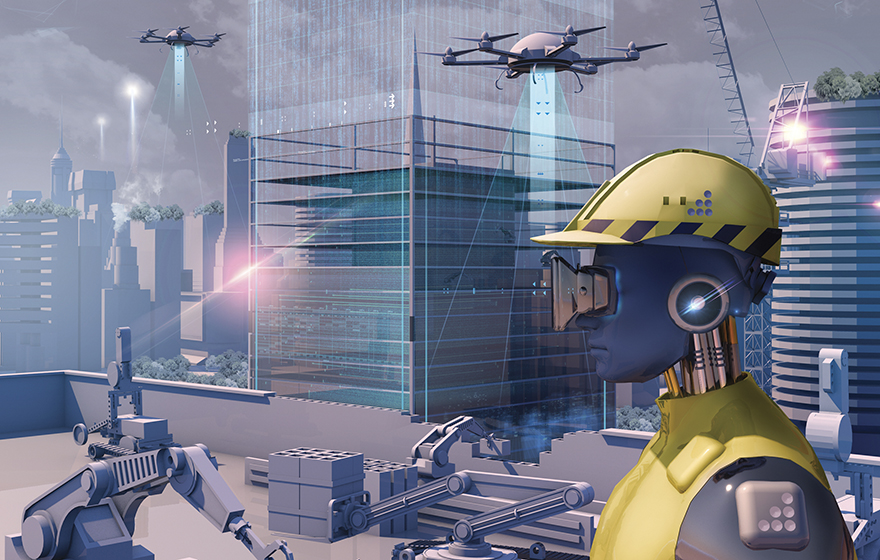 This led to the need to look for better ways regarding technological advancements. So, without further ado, we are here to present some of the most highly-advanced construction technologies out there.

In some areas, flooding is something they can’t prevent, and it happens regularly. It even reaches the point that it’s almost challenging to remove water since there aren’t enough places to do that.

That’s not all, the situation is a lot more difficult on highly urbanized locations because there’s less soil to take water so it can really be a huge problem for residents.

City governments are finding ways to resolve this, and one of which is through the use of asphalt known as the “Topmix Permeable.” In contrast to typical concrete, this one can absorb vast amounts of water. Also, instead of sand, they use crushed granite that is packed together, and it has been proven to be more effective.

Water easily empties through the cracks and the ground could soak up the unwanted water right away. This doesn’t only reduce flooding, but it also ensures that the streets are dry, making it safer for motorists. The only issue is that, as of the moment, this is only ideal in warm areas, as colder places might not be able to use it to the fullest

Likewise, some experts believe that it’s not really a cost-effective solution as well, and it’s more expensive than standard concrete. Nonetheless, it’s a beautiful solution to save money, particularly in bigger cities.

Smart traffic cones, as well as original construction signs are also very useful. Both don’t only ensure safety, but it also promotes efficiency. A lot of devices that deals with traffic and construction signs nowadays are built with sensors and alarms.

These appliances are usually installed on top of the traffic cones to monitor the area in real time. The lamps are also embedded in other devices all through the city with the use of cloud technology, and there’s a master alarm unit placed on these devices.

Those who are in charge would take accurate readings and alerts regularly.

Additionally, the data that comes from the central computer is delivered through IoT technology, and this allows the contractors to oversee everything, and the web portal logs the state of the web-enabled portable site, as well as traffic management units.

In the construction industry, to produce some of the most useful methods, it’s essential to have some sort of inspiration, and this is how robot swarm construction took place. If you’ll pay attention to how termites function, you’ll notice that they are capable of building large structures even without central supervision.

The reason behind this is that their process of building is very much organized. For example, if their spot has been taken away, they don’t dwell on that, but they move to the following location.

This project aspires to do the same. It sticks with the same idea used in swarm construction. That they use small robots in replacement of termites.

The process may seem highly-advanced, but the truth is, it’s also simple and straight forward. The building is done through the use of drones, which allow them to stick with the original design and be able to put a mark in the next available area until everything has been fully completed.

Success is guaranteed with this method, and even though machines are used for this project, human intervention is still necessary especially after the design process. Swarms could also be very useful when it comes to building structures in dangerous places, especially if it’s in outer space.

They could also perform menial work that’s often time-consuming, but since these are robots, they can do it the shortest time possible.