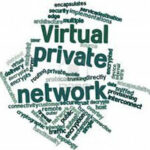 A Virtual Private Network (VPN) allows you to connect branch offices, telecommuting workers, field representatives and other users into one seamless network. When referring to the Internet, the term VPN usually refers to overlaying  a private network connection onto the Internet. Because the Internet is the most public data network available, it is important to secure communications between remote offices and users when using the Internet as the transport medium.

You can easily understand the concept of VPN with this Youtube video. 🙂

By using VPN technology, you not only secure information, but you also emulate a private network link for each VPN connection. Because VPNs on the Internet operate over an IP network (Layer 3), these VPNs are referred to as Layer 3 VPNs. 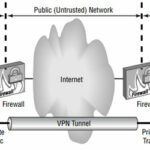 The VPN provides the following benefits:-

• Privacy or confidentiality of the data :-  The VPN uses encryption to guarantee that traffic between
the two offices is secret. An attacker that intercepts the traffic cannot understand it.

• Data integrity :- The VPN guarantees that the data that passes through it has not been altered in
transit.

• Data authentication :- The VPN guarantees that data that passes through the tunnel actually
comes from one of the two endpoints of the VPN,and not from some attacker on the Internet.

• Direct private IP address to private IP address communication :-  The computers at the two offices
communicate as if they were not behind devices configured with Network Address Translation
(NAT). The data tunnels through NAT for a transparent connection between the devices. 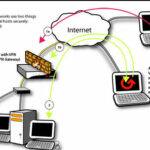 2. Encryption defeats interception of traffic by scrambling data. Once authorized, a computer can use encryption to prevent digital eavesdropping (packet sniffing) by any in-between points on the Internet, including unauthorized hosts.

Note :- This tutorial is just for basic concept understanding. I will try to write more and more on VPN technologies in my future articles. 🙂

Getting started with Hping3

What is a Web Application Firewall

What is Stateful Packet Inspection Firewall