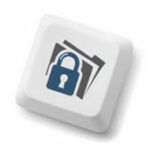 An introduction to information security :-

“The practices of ensuring information is only read , heard, changed, modified, broadcast and otherwise used by those people who having write to do ”  is called — Information Security. 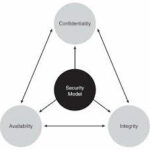 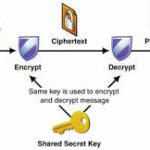 There are two types  of data:- data in motion as it moves across the network; and data at rest, when data is sitting on storage  media (server, local workstation, in the cloud,  and so forth). Confidentiality means that only the authorized individuals/systems can view sensitive or classified information. This also implies that unauthorized individuals should  not have any type  of access to the data. Regarding  data in motion, the primary way to protect that data is to encrypt it before sending it over the network. Another option you can use with encryption is to use separate  networks for the transmission of confidential data. Several chapters in this book  focus  on these two concepts. 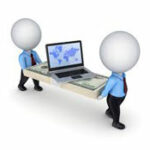 Integrity for data means that changes made to data are done  only by authorized individuals/systems. Corruption of data is a failure to maintain data integrity.

This applies to systems and to data. If the network or its data is not available to authorized users—perhaps because  of a denial-of-service (DoS) attack or maybe  because  of a general network failure—the impact may be significant  to companies and users who rely on that network as a business tool.  The failure of a network generally equates  to loss of revenue.

A Weakness which allows an attacker to break into / compromise a system’s security.Vulnerabilities can be found in protocols, operating systems, applications, and system designs.

How to use Vega Web Vulnerability Scanner in Kali Linux

Exploit :- Code which allows an attacker to take advantage of a vulnerable system.

Also check :- How to use Searchsploit On Kali Linux

Payload :- Actual code which runs on the system after exploitation

A countermeasure or mitigation is a device or process ( a safeguard) that is implemented to counteract a potential threat, which thus  reduces risk.

A threat is anything that attempts to gain unauthorized access to, compromise, destroy, or damage an asset. Threats are often realized via an attack or exploit that takes advantage of an existing vulnerability.

This concept suggests that you have security implemented on nearly every point of your network. An example is filtering at a perimeter router, filtering again at a firewall, using IPSs to analyze traffic before it reaches your servers, and using host-based security precautions at the servers, as well. This is defense in depth. Using authentication and authorization mechanisms could also be part of a defense-in-depth approach.

The concept behind defense in depth is that if a single system fails, it does not mean that security has completely been removed from the equation.

Botnet :- A botnet is a collection of infected computers that are ready to take instructions from the attacker.

Check Also :- Find Out if Your Computer is Infected with a Bot

Denial-of-service attack and distributed denial-of-service attack. An example is using a botnet to attack a target system. If an attack is launched from a single device with the intent to cause damage to an asset, the attack could be considered a DoS attempt, as opposed to a DDoS. Both types of attacks want the same result, and it just depends on how many source machines are used in the attack as to whether it is called a DoS or DDoS.

How to Perform a DOS attack on Windows 7

How to Perform a DOS attack on a Website (LOIC Tool)

A man-in-the-middle attack results when attackers place themselves in line between two devices that are communicating, with the intent to perform reconnaissance or to manipulate the data as it moves between them. The main purpose is eavesdropping, so the attacker can see all the traffic.

Also Check :- How To do Man in Middle Attack using Ettercap in Kali Linux

This one is really big topic to write.

How to Use Wireshark to Capture, Filter and Inspect Packets

Getting started with Hping3